Smartlux TCPTester is a free utility to test communication over TCP/IP. TCPTester acts as a TCP client, opens a persistent socket connection to a TCP server and automatically sends a user-defined command. Once a reply has been received, the command is repeated. A timeout can be specified, after which a timeout error is logged. TCPTester can also ping an IP address in case of a timeout. 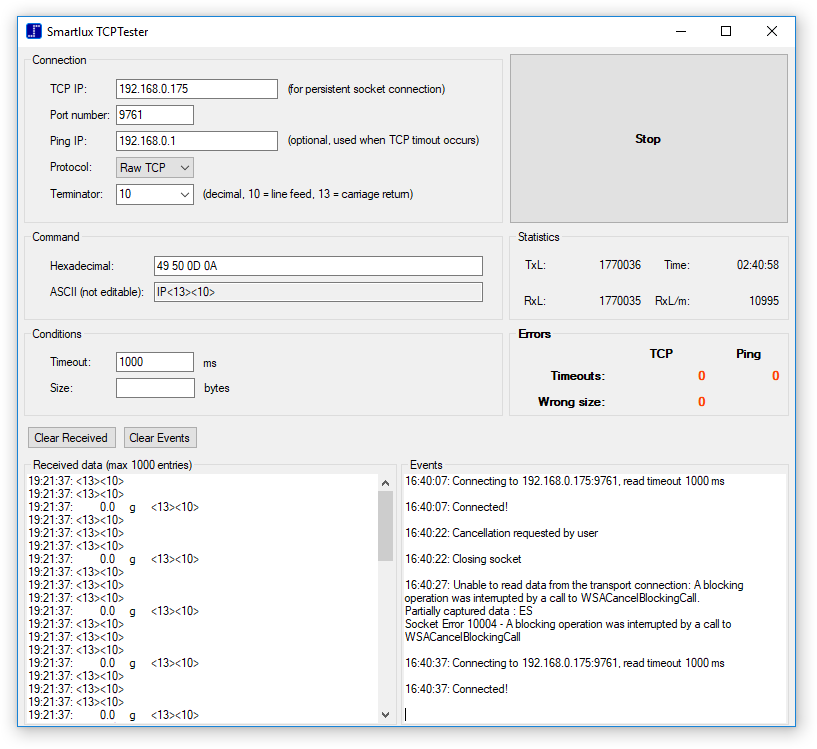 TCPTester was originally developed to test Ohaus scales and balances with an Ethernet interface. It was later used to tests scales connected to a network through a serial device server (Moxa NPort 5110A).

TCPTester is still under development. The current version is a very early release.