232key version 2016.2.3 comes with the ability to ignore consecutive duplicates. This means that you can instruct 232key to ignore identical data captured several times in a row. I’ll explain this new feature with two usage examples.

Usage example 1: Manually transferring the weight from a scale

Let’s say that you’ve set up 232key to capture the weight from a scale and type it into a parcel processing software running on a PC. To send the weight from the scale, the user presses the “Print” button on the scale’s indicator: 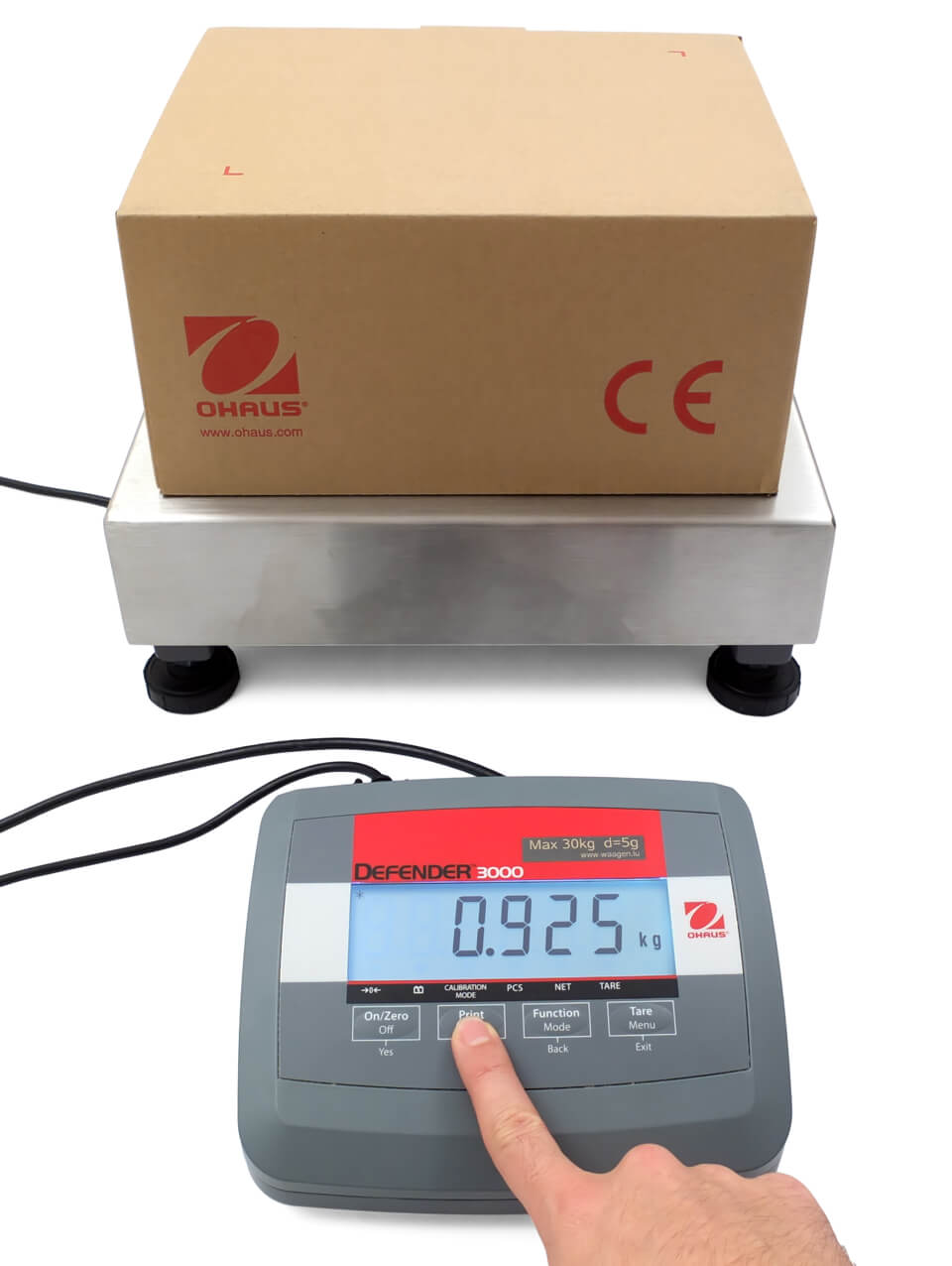 Everything works fine, except that sometimes the button is inadvertently pressed twice, generating two parcel labels. You can use 232key’s new feature to prevent this from happening by checking the “ignore consecutive duplicates” option: 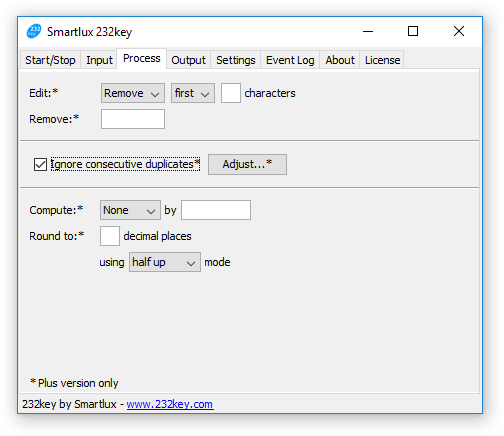 The new ignore function will prevent the second weight from being typed. However, sometimes you might actually encounter two parcels with the same weight in a row. The second parcel would now be ignored by 232key. To fix this, click on the “Adjust…” button and enter a time limit (in milliseconds, e.g. “3000” for 3 seconds): 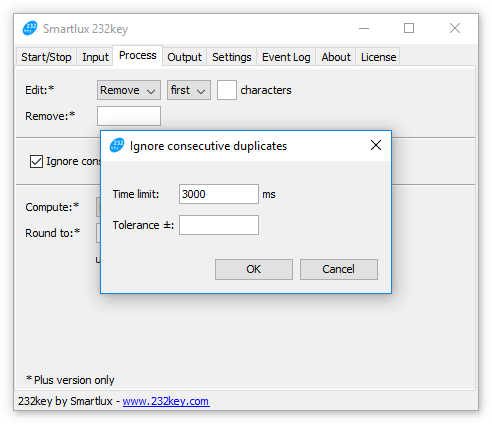 Any data received after the indicated time has passed is no longer ignored. Each new captured value resets the timer.

In auto print mode, a scale sends the weight automatically without requiring the user to press a button. Not all scales are equipped with this mode and not all auto print modes work in the same way. The Ohaus T31P indicator used in our example has a very simple auto-print mode: It sends every stable weight to the connected PC. This can cause issues if the weight of an item fluctuates between two values: The scale might send these values several times for as long as the item remains on the platform (e.g. 20.00 and 20.05 [kg]).

This is where the second setting in the “ignore consecutive duplicates” dialog comes into play: By defining a tolerance, 232key ignores a range of values. For our example, we’d enter a tolerance of ±0.05: 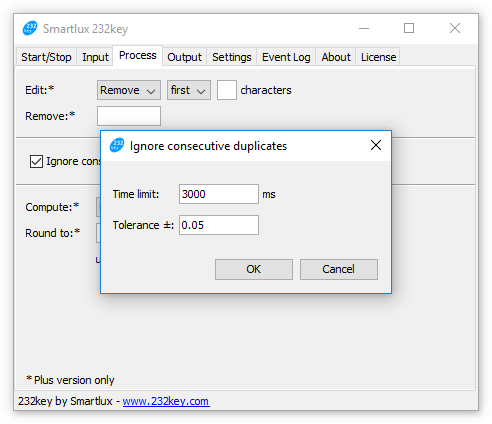