This version introduces two new variables which are made available to your script. When 232key Pro receives data from the connected device, it tries to match a regular expression. The string matched by the first capturing group is stored in a variable named value.

The following additional variables were introduced in this version:

Data received from the scale: 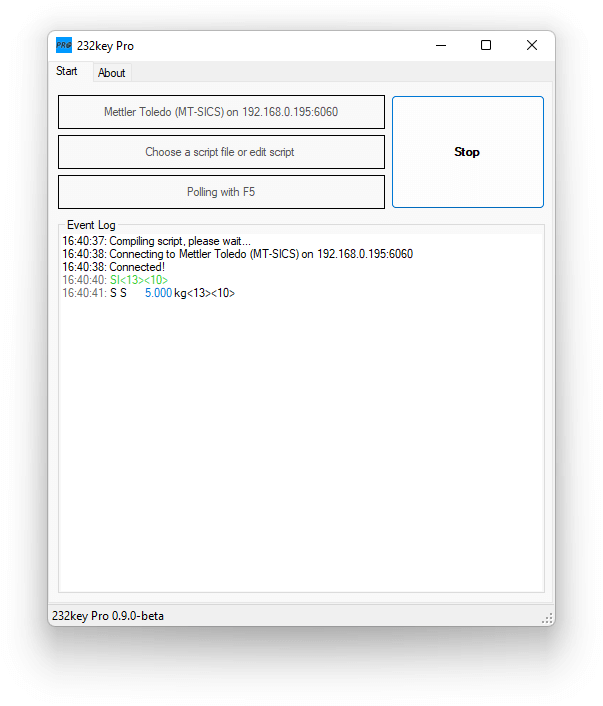 Script to output the weight only if it is greater than 0.1 kg:

Output (note: valueDecimal preserves any trailing zeros, valueDouble does not):