* This functionality requires a paid 232key Plus license.

Are you a manufacturer and would like us to include a profile for your devices?

Please contact us and provide us with the following pieces of information:

Note: We’ll try our best, but we cannot guarantee that all submissions will be included.

Version 2018.1.4 of our virtual keyboard wedge software for devices with RS-232 interface is now available and includes the following new features:

These improvements were possible thanks to the feedback from our customers. 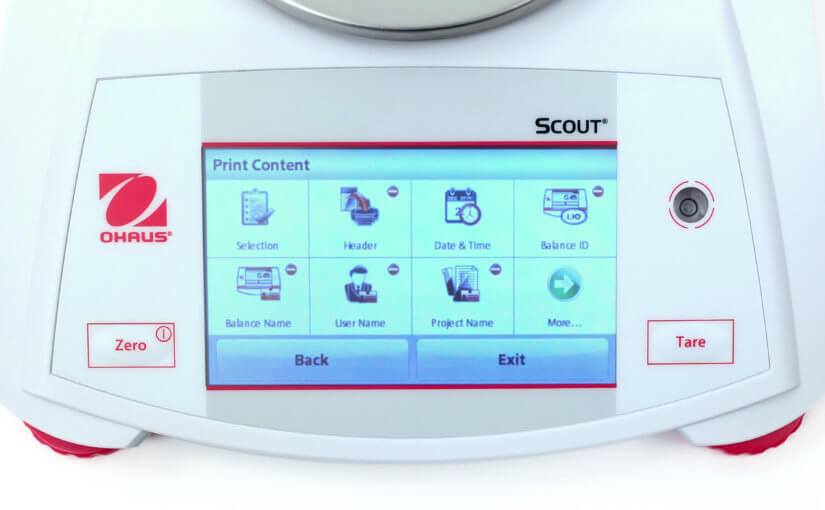 Our software 232key was originally designed to make it as easy as possible to capture the weight sent by a scale or balance (and then transmit it to another application as simulated keystrokes). As most weighing instruments also include the unit and possibly other characters, 232key assumes that the first (decimal) number it encounters is the weight. If you also want to capture the date and time sent from a scale, this can lead to unwanted results.

Let’s look at a simple example first. Below you’ll see the data received from an Ohaus Scout STX scale configured to transmit only the net weight (as it appears in the event log in 232key):

The blue characters were captured by 232key using the “Ohaus” device profile. In this example, 232key managed to successfully capture the weight.

Capturing the net and tare weight

If we change the “Print Content” of the Ohaus STX scale so that it sends both the net and tare weight, the event log shows that 232key still captures both values:

To have them appear in separate columns in spreadsheet applications like Excel, OpenOffice Calc or Google Sheets, we can go the output tab and modify the end with settings as shown below:

Alternating the “TAB” with the “Enter” key every 2 value will produce the desired result (shown in Google Sheets):

Things get significantly more complicated if we configure the scale to also send the date and time. The event log now looks as follows:

Using its default strategy of capturing the first number in each line, 232key only captures “11” and ignores the rest of the combined date/time line (as the backslash cannot be a part of a decimal number).

We can try to fix this by going to the device tab and setting the device to “Barcode alphanumeric extended” (available in the Plus version). This device appears in italics, which means that it is a “text” device instead of a “numeric” device. Note: Do not click the set defaults button after making this change.

As the scale is now sending three lines of data, we should also enter the number “3” in the end with settings in the output tab:

If we press the print button on the scale again, the event log will show that all data has been captured by 232key:

The output in Google Sheets looks as follows:

If we simply wanted to record all data sent from the scale, this would be fine. However, it is not ideal for further processing for two reasons:

232key does not support extracting multiple values from one line of data, so there’s nothing we can do about the first issue (although you could use 232key Pro with a custom script instead). Unfortunately, our Ohaus Scout STX scale cannot send the date and time in separate lines.

Note: This regular expressions assumes the scale is using the 24 hour time format.

The event log and the output in the spreadsheet now look as follows:

The cells containing the net and tare weights are recognized as numbers and can be used for further calculations.

If we just wanted to capture the time (and maybe add a “date” column manually), we could use the following regular expression: