With the new features in version 0.9.0, Simple Data Logger takes a big step towards the release of version 1.0 (planned for next Monday).

Combine multiple lines into one row

This is best explained with an example: We’re using a counting scale and it sends the (net) weight, count and average piece weight to the PC (each in a separate line): 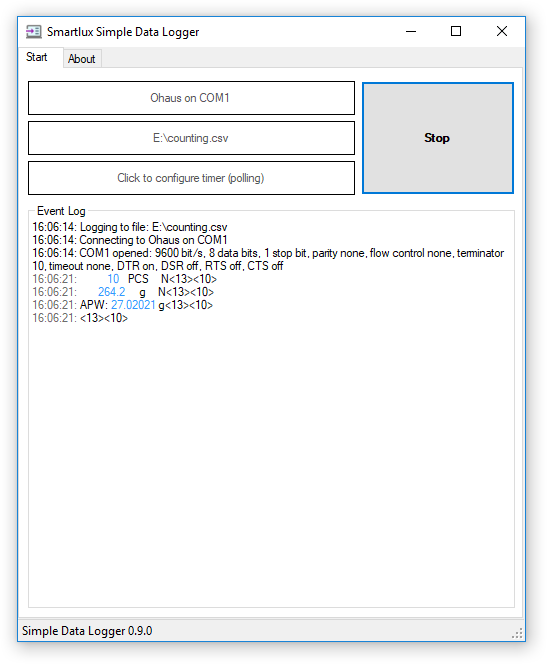 While we want to capture all of these values, we do not want them to appear in individual lines (rows) in our CSV file. Instead, these three values should be written into one row (as three columns).

This is now possible with Simple Data Logger by using the Combine setting in the Process tab: 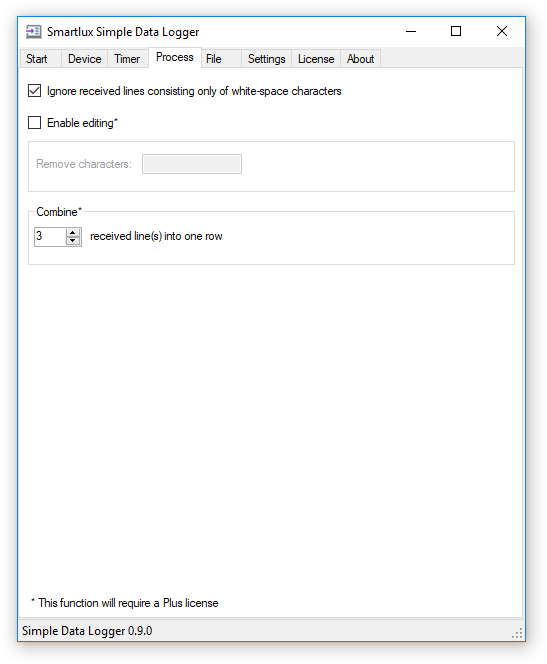 The result is one row containing three values:

Without this setting, the values would have been written into three separate rows:

In the example above, you may have noticed that the counting scale sent a fourth line containing only the carriage return and line feed characters. By selecting “Ignore received lines consisting only of white-space characters“, we don’t have to consider this row when setting the desired number of columns.

This settings also affects synchronized polling with a delay: “empty” lines are not considered to be an answer from the device and do not prompt SDL to repeat the polling command.

Until now, only data received form the connected device was shown in the event log even though SDL already had the ability to send commands. This sent data is now shown in green (the screenshot also shows the reply from the scale and the captured weight value): 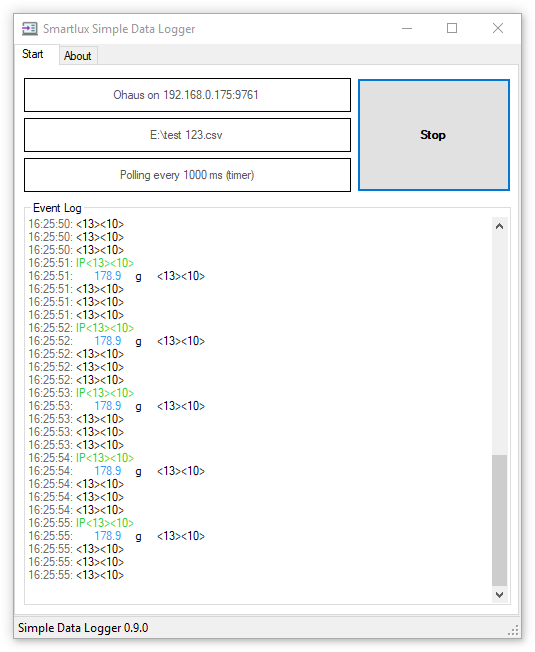 You can change this behavior in the Settings tab: 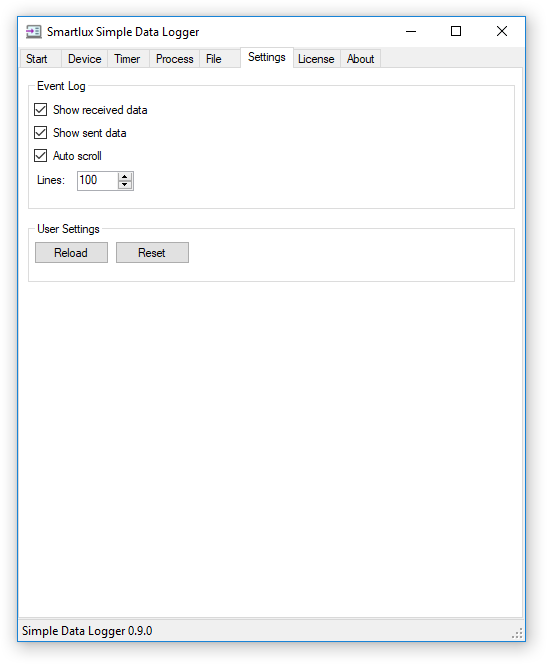 SDL can add line numbers as well as a custom comment (e.g. the project or sample name) to each row. You’ll find these settings in the File tab: 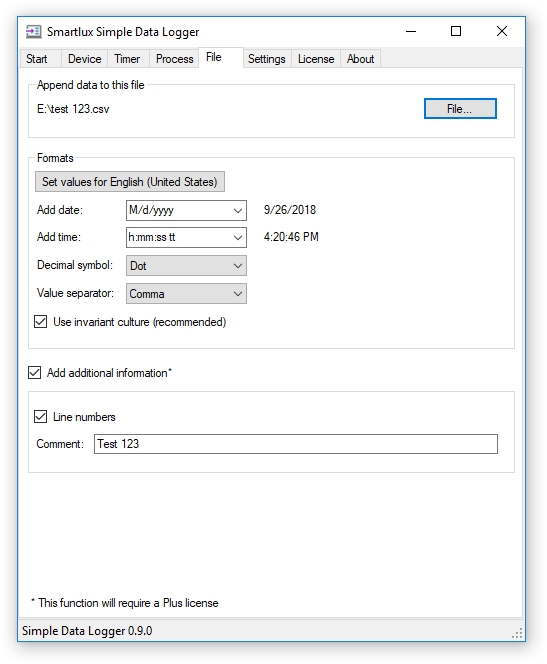 We’ve fixed a bug which caused SDL to stop data collection when a number conversion error occurred. The error is now logged, but SDL does not stop.

We’ve also harmonized the positioning and margins of the user interface elements to make SDL easier and more pleasant to use.

One thought on “Version 0.9.0 – combine multiple lines into one row”