The event log shows the data received from your connected device. The parts of this data which were captured to be logged are now highlighted. In the example below, we recorded data sent from an Ohaus STX scale intentionally set to transmit lots of data: 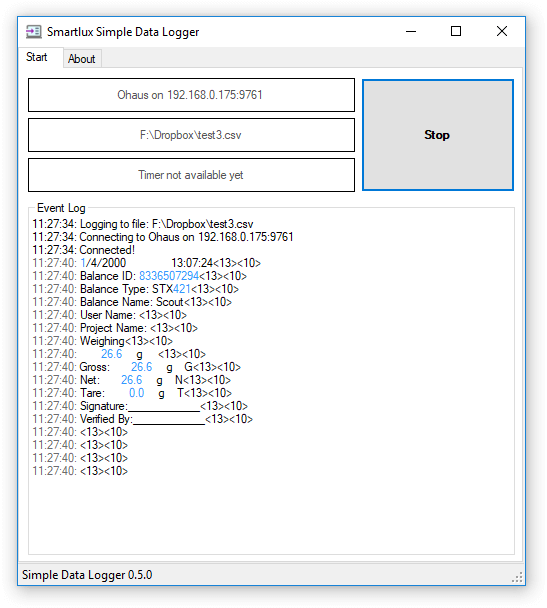 As you can see, many undesired values were captured. After a simple change to the regular expression which SDL uses to match and capture data, only the net weight was recorded: 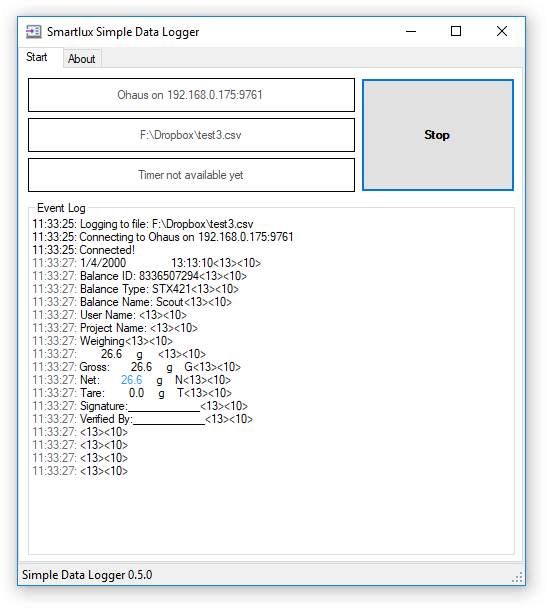 The new multicolored event log is a very useful tool for troubleshooting.